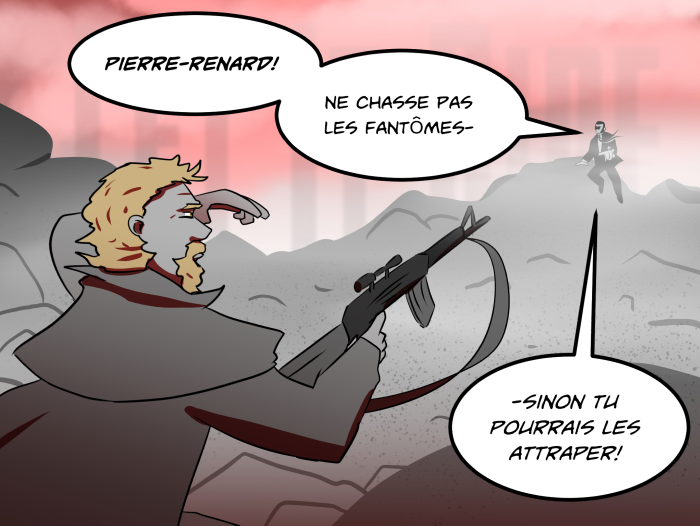 I think that Eric's reappearance hinges on this upcoming election.

Certain types of people like to wave around firearms and pretend that those tools provide an overwhelming advantage in bringing their neighbors to heel. However, it is entirely naive to think that one man armed with freedom of movement, a basic understanding of systems analysis, and ample monetary resources couldn't rapidly demolish the illusion that an illegitimate, nondemocratic government is in control of its restive population.
Microraptor 6th Oct 2020, 7:50 AM
edit delete reply

Ah OK, re-appearance. And I have been wondering where in the timeline this meeting might have happened, considering that Eric's (unambiguous*) last appearance and the (in-comic**) debut of Pierre-Renard's beard are over half a year apart.